Frank Ocean has been MIA since 2012’s excellent channel Orange. Well, this is what he’s been up to in the interim. Blond is an exceptional album, managing even to rise above the public pressure preceding it. Listening to Blond you can hear a myriad of influences but it all ends up sounding fresh and original. Ocean is indefinable as an artist, unlike many of his contemporaries, although don’t expect the songs on Blond to end up on a top 40 chart anytime soon. There are no anthemic hits or big bangers but the feel of the entire album is wondrously moody. There are also some hilarious cameos: his mum; a friend burnt by Facebook; his 11 year old brother. Brilliant.

Blond is not on Spotify. You gotta buy! 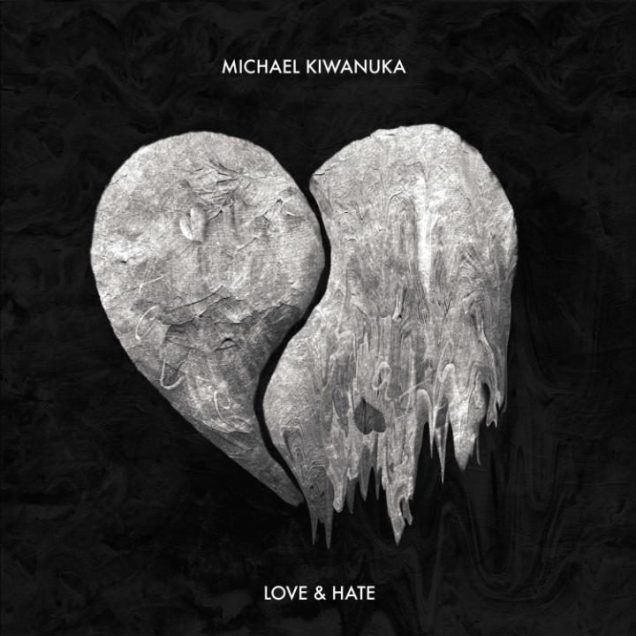 Michael Kiwanuka’s album Love and Hate is a glorious, sprawling sophomore release from the talented North-Londoner. It’s a big departure from his ‘safe’ debut album Home Again that, although it showcased his warm soulful voice and superb guitar skill, kept within the traditional boundaries of RnB and soul. This album is another thing altogether.

I have to admit I’ve been solo day-dancing to this. It’s an ode to all of you who were teenagers in the real 80’s. So is Roosevelt authentic? I couldn’t say it better than excruciatingly-hip Pitchfork magazine: Roosevelt is ‘a cocktail of disco, French touch, Ibiza house, yacht rock, and electropop that evokes some crowded Tiki-torch dancefloor lost on the Mediterranean coast. Even the artwork plays the part: Roosevelt (aka Cologne-based producer/DJ Marius Lauben) stands awash in purple light, his name displayed in a sharp, 1980s cursive. It looks like something you’d find on a poolside coffee table of a Malibu mansion after a massive rager, slightly stained with suntan lotion and margarita mix.’

Highlights: You’ll find your own depending on your stamina but mine – ‘Fever’, ‘Wait Up’, ‘Night Moves’

Dad and I have just returned from the UK, a two week holiday to mark his 90th birthday. One night, over a bottle of sauvignon blanc, I asked him if he wanted to be young again. ‘Of course,’ he said without hesitation, ‘I wish I could go back to being 48.’ I was surprised, being only a couple of years north of that myself and already feeling somewhat ancient. He saw my reaction and smiled. ’48 is the age when the last of you was born’ he said. ‘I wouldn’t want to be alive if you weren’t.’

Early the next morning, as I was rambling around the country lanes in Rye while Dad slept, a song by Father John Misty came on my playlist. This one:

It’s from Misty’s album Pure Comedy which was released in April. I had listened to the album a couple of times but, missing the rich vaudeville feel of his previous albums, I’d left it at that. But this time was different. Whether it was seeing the world through a 90 year old’s failing eyesight or not, the song got to me. And that’s all you need with music isn’t it – to affect you in some way – to make you move or sing along or have a bloody good long sob (the latter in my case as I understood there can never be a magic mountain). The rest of the album followed easily.

Father John Misty, a self-described ‘sarcastic Michael Buble’, is an outlier in the indie music world as he is possibly more fascinating than his music. He was once the drummer for the sleepy Fleet Foxes before he busted out with a rakish performance on Letterman’s Late Show singing ‘Bored in the USA’.

On Pure Comedy he espouses 70 minutes of home truths which could be sanctimonious if the songwriting wasn’t so damn brilliant. He delivers biting, cutting lyrics in a voice so smooth it’s easy to forget he’s ranting about climate change, social media, religion and politics. I had a nagging sense of deja vu all the way until I realised what I was really listening to was a millennial Elton John in the midst of a depressive episode. It’s on stalks in this track:

If Pure Comedy gets under your skin, have a listen to Misty’s previous albums: Fear Fun and I Love You, Honeybear. He has also released a number of songs under his real name, Josh Tillman. They’re exceptionally maudlin. I love them but many don’t.

Another beautiful and thought-provoking album is Sampha’s Process. It’s honest, intensely melodic and moving. You may have already heard Sampha’s husky soulful voice on albums by Solange, Kanye West, Drake, FKA Twigs and Frank Ocean. Now, with his debut album, he has come into his own.

One of many highlights is ‘(No one knows me) like the piano’, a gorgeous ode to his mother who passed away during the recording of the album:

Rounding out this clever trio is Aldous Harding with her second album Party. I can’t stop listening to it and I’m wickedly envious of anyone lucky enough to get tickets to see her this June (http://www.undertheradar.co.nz/news/12568/Aldous-Harding-Announces-Two-Intimate-Shows-At-Aucklands-Historic-Pah-Homestead.utr).

Harding has two voices – one reminiscent of Kate bush or Joanna Newsome, the other PJ Harvey – and each as captivating as the other. What astounds me about this album is both its quiet power and Harding’s deft control as she unfolds her thoughtful lyrics. Party is not something you’ll want to dance to, but it is a mesmerising and addictive listen.