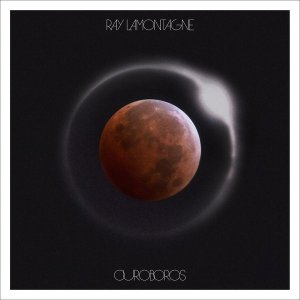 Notoriously private singer-songwriter Ray laMontagne has released his 6th studio album, the gorgeous ‘Ouroboros’. It is recorded in two parts and deserves to be listened to in its entirety.

I happened upon this last week while walking through the fields on the outskirts of a small town. Being early March we are in the baton change of the seasons and the hazy feel and pastoral lyrics were a perfect accompaniment to the scenery.

I think this is the best thing laMontagne has done. It’s also a little bit Pink Floyd-ish in Part Two which just adds to the nostalgic feel.

Ray laMontagne has always kept a low profile. He rarely does interviews but I found this one with Rolling Stone magazine. Here’s an excerpt that sums up the man:

You’re on a major label, but you seem to like to keep a low profile. Do you keep up with the popular music world, like, say, watching the Grammys?

No, no. I’m not interested. It’s not my world. I really have a lot of respect for music, the art form of music. It’s my whole life. I don’t care about any of that other stuff. And I have always felt that way. I’ll build a career on my own merits, my own hard work and nothing else. The record, as I say, as a whole, is so different from that one snippet that’s out there. It’s not represented, really. The record really has a beautiful arc to it and a beautiful flow, and the texture is like a story. It’s very circular.

All I can do really is just hope that the real music heads out there will get it. This is a record made for them. It’s not made for casual listeners. That’s the challenging part of it. It’s really made for people who still love to put on a record and hear it through and really go in. We were listening to it in the studio — when we were finished we brought in a bunch of friends and put it on. Nobody said a word for 40 minutes. At the end of it, we turned the lights back on and everyone just came out of this daze. It really works. I think this is going to be one of those albums that’s going to find its way slowly into the right people’s hands.

Now it’s in your hands.

One thought on “A Modern Day Nick Drake”