2015 was an extraordinary year for music. Candid memoir-albums were everywhere, keeping pace with their literary cousins; 90’s alt-rock burst forth from those conceived in that decade; and preternaturally gorgeous songs emerged from a gamut of broken hearts.

Here’s the complete playlist, with the exception of Joanna Newsom who is not on Spotify:

Canadian Claire Boucher has made her most accessible album to date without sacrificing her oddball inventiveness – that spun-sugared voice can still sound disturbingly vicious – creating a bunch of irrepressible pop tracks (note: as testament to Boucher’s self-confessed nerdiness all the ‘up’ tunes are even-numbered).

My Love Is Cool, Wolf Alice

When Wolf Alice dropped the first single, Giant Peach, from their debut LP, I presumed it would be a whimsical nod to Roald Dahl – not so:

My Love is Cool is a grungy, invigorating collection that is both refreshingly fun and nostalgic at the same time. Wolf Alice toured for four years before releasing this album and it has lived up to its hype.

What went Down, Foals

Album opener What Went Down is an explosive punch of a song that I had on repeat for months – hang in till 2:42 for a thrilling bridge:

The remainder of the album sits in more traditional Foal’s territory – all catchy melody and sentimental lyrics.

This album is not as weird as its predecessors but don’t let that put you off! Although it’s more conventional and unusually gentle in parts, this new direction certainly doesn’t detract from its appeal. It’s the one album that has grown on me with repeated listens. Snakeskin is a growling dagg of a song.

How Big, How Blue, How Beautiful, Florence and the Machine

I wasn’t terribly enamoured with Florence’s first two albums but this one is different – pared back, less theatrical – and the result is stunning.

Ones and Sixes, Low

This is Low’s 11th studio album and the harmonising between Alan Sparhawk and Mimi Parker is as beautiful as ever. It is the melody, as opposed to the words, that is the most affecting.

There is a line in The Exchange, the closing track on Sprinter that devastates with its accuracy:

‘Mother, Father,’ Torres sings amidst chittering birds and a creaking chair. ‘I’m underwater and I don’t think you can pull me out of this.’

Mackenzie Scott (aka Torres) has said of this track that it is about fear. For anyone who has had anxiety you’ll know she has captured the isolation and despair that it brings, particularly in someone so young. If you do one thing listen to The Exchange on headphones.

Scott has incredible power and control in her voice, drawing comparisons with PJ Harvey. You can hear it here:

No No No, Beirut

This is a subtle record, lovely to listen to while pottering. Bittersweet ballads but somewhat jaunty too.

This album is alive, bristling with huge, jangly guitar noise and post-punk attitude. It’s not what Matt Flegel sings but how he delivers it that is impressive. It’s also full of surprises – listen to what kicks in at 4:45 on March of Progress, for instance. A tight, cohesive debut album. They must be phenomenal live.

Vile’s sixth album is a further distillation of his unique style – ostensibly breezy and laid-back but, in truth, complex, beautifully arranged and impeccably produced. No wonder he’s referred to as the ‘hardest working slacker in town.’ Pretty hand-picked banjo and piano melodies filter through each track, punctuated by his distinctive twangy drawl.

Sometimes I Sit And Think, And Sometimes I Just Sit, Courtney Barnett

Melbourne-based Barnett has the knack of taking the minutae of suburban life and turning it into songs that get stuck in your head. This album is like a collection of short stories, written with a wry eye for detail. She is also an outstanding guitarist.

Steeped in old-school soul, young Texan Bridges has created a collection of warm, nostalgic songs on his debut album. All the comparisons to Sam Cooke are completely justified, and his album cover gives it away somewhat: 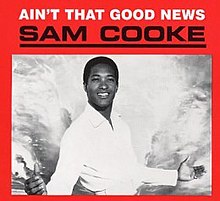 After a fourteen year hiatus the man with the most glorious falsetto in the business has returned with a brilliant third album. There is no digital production on this record – it was made using tape and vintage equipment. I love the album note: ‘For best results, listen at maximum volume.’ Oh yes!

The first thing I noticed was the voice – emotive, brooding and charismatic – and then, the consummate delivery of each song as if each was the last thing he was ever going to sing. This collection of songs is hard to categorise. As a whole there is a gothic feel to the album and it has its roots firmly in Americana. This young, but very seasoned artist, is a special talent and I can’t wait to see what he does next.

In Their Own Indefinable League

The most highly rated (by music critics) album of 2015 was Lamar’s To Pimp a Butterfly. It’s a dense, politically-charged statement on contemporary America by a hip-hop artist at the top of his game, described as ‘the right album by the right artist at the right time’ (The Guardian). It’s a mix of funk, jazz, soul, spoken word and R&B expressed by Lamar in a myriad of different voices conveying different emotions. I love that Obama’s favourite song of last year was on this album – check this link out:http://www.huffingtonpost.com/entry/obama-favorite-song-2015_us_5668644de4b0f290e5217865

Here’s a wonderful review by Drowned Sound – it’s definitely worth a read
http://drownedinsound.com/releases/18771/reviews/4148937

While her cooing voice can be polarising, like Kate Bush, Fiona Apple, Regina Spector and Bjork, it does possess a unique beauty. Its versatility can be heard in Sapokanikan where it swoops and swoons, particularly after the 3:30 mark – simply gorgeous. Her songs, full of literary and historic references, always tell a fascinating story. And let’s face it, noone can handle the harp the way Newsom does.

Written by Bjork during the final months of her failing ten year marriage, Vulcinara is a rewarding, if challenging, headphone listen. It is in equal parts raw and lush, the sadness cocooned in sweeping string arrangements. It is about loss – of love, of her family, of her dignity.

Josh Tillman, blessed with a winning tenor and a merciless wit, fell in love and I Love You Honeybear is the result. It’s a modern album in which Tillman, hiding behind his Father John Misty moniker, takes the piss out of everyone and everything not least himself. It’s also a very compelling album that hooks the listener in almost immediately.

Brilliant, utterly brilliant. I don’t know if it’s the hazy, slumbering 80’s feel, the humorous lyrics, the impeccable production, the irrepressible melodies, Parker’s ‘Lennon’ falsetto or what, but this was my most played album of 2015. Every song is good. Highly recommended.

Can’t you just see Tony Montana strutting along the sidewalk in the opening bars of this track:

Read more about Tame Impala in my earlier post https://musicblockblog.com/category/tame-impala/

My album of the year. A masterpiece. Read and listen here: